In search of native seeds for use in restoration: haybales in pastures and organic grains 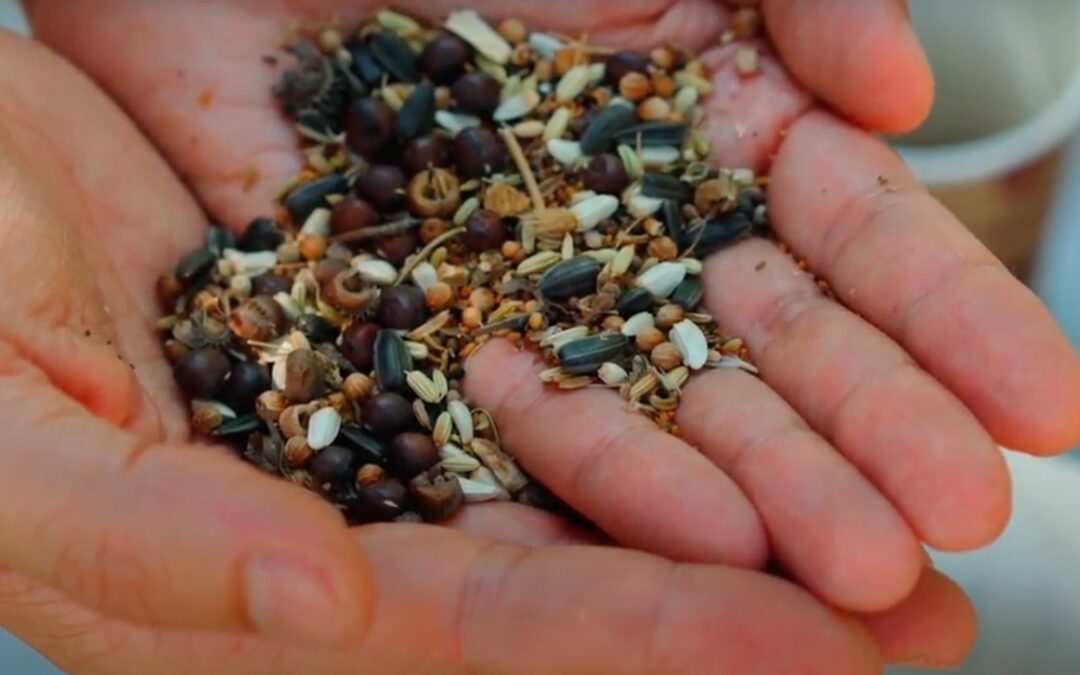 The availability of native seeds in the Spanish market is limited despite the fact that the potential of these types of nature-based solutions for restoring degraded spaces is enormous: from railway embankments to the gardens in our cities, including a wide variety of crops such as vineyards, olive groves and pastures. In the current scenario, in which prices and current legislation are factors that inhibit their widespread use, FGN is studying potential methods for obtaining native seeds that are more profitable and accessible. This work is being done within the framework of the Interreg SUDOE Fleurs Locales project in which FGN has been participating for the past two years in a network with entities such as CICYTEX (Centre for Scientific and Technological Research of Extremadura) and the Carcaixent Agricultural Experimental Station in Spain, as well as in conjunction with experts in France and Portugal.

The use of native seeds has proven benefits: as these species are phenotypically and genotypically similar to the local populations, when used in restoration projects they have higher rates of propagation, are more resilient toward the prevailing local conditions and they generate the expected ecosystem services (pollination, shelter for auxiliary fauna, erosion control, etc.). Promoting this type of solution also aligns with the goals of the anticipated Nature Restoration Act. This proposed law will mandate the restoration of degraded ecosystems throughout the European Union, establishing an overall objective that Member States implement restorative measures that, as a whole, cover at least 20% of the EU’s land and sea areas by 2030 and, by 2050, all ecosystems in need of restoration. 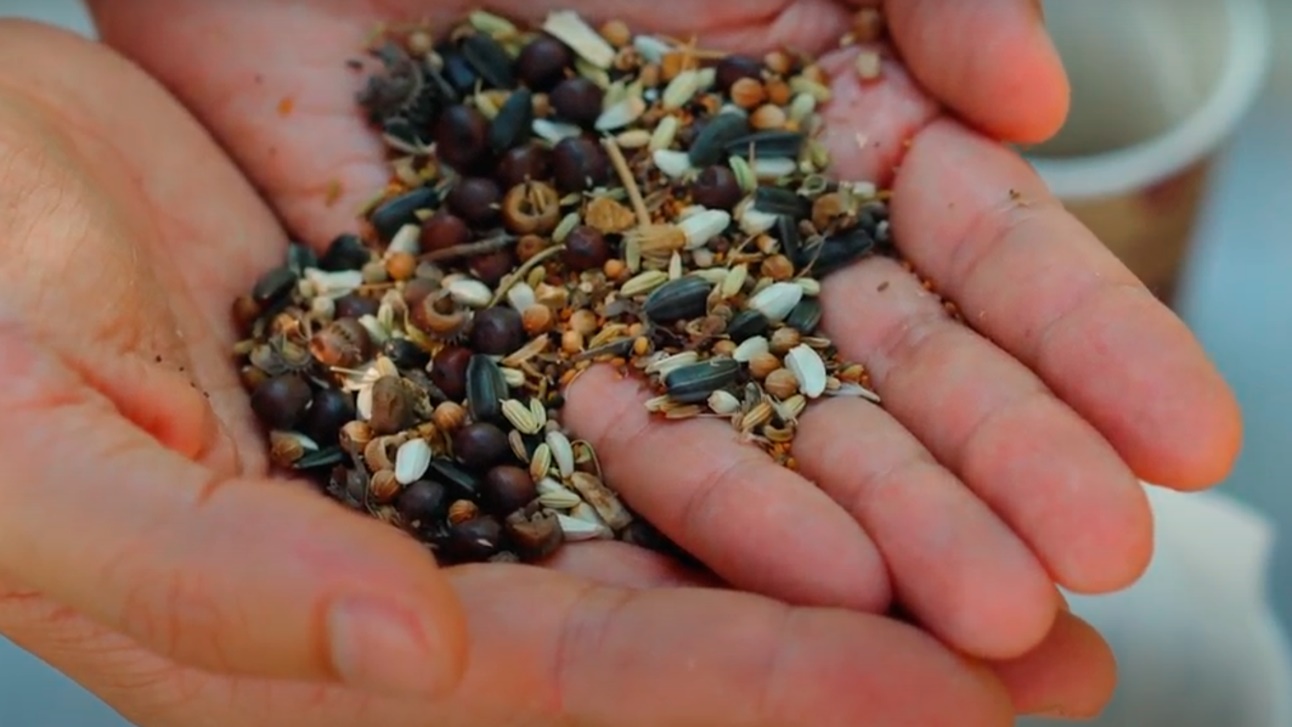 Processes for cleaning organic grain are being investigated so as to obtain native seed stocks.

Native seeds in pasture bales and in organic grain

According to the project’s analyses of the national context, there is an urgent need to update the current regulations. “We already know the value of native seeds, but we need to strengthen the business case around them to make their use feasible,” says FGN project coordinator Jordi Domingo. The Fleurs Locales project discovered that one of the most significant challenges in filling degraded spaces with flowers is the need to stimulate the supply chain so that it is able to offer this type of material and, to the greatest extent possible, to reduce its cost, which is currently higher than that of commercial seeds. The dynamization of these social actors is a challenge and for it to be truly effective, this must be accompanied by legislative changes that recognise this category of seed and promote its use.

The Interreg Flores project is exploring two solutions for obtaining and using native seeds which, despite their limitations, can help raise awareness of this issue: haybales in pasturelands and organic grain. 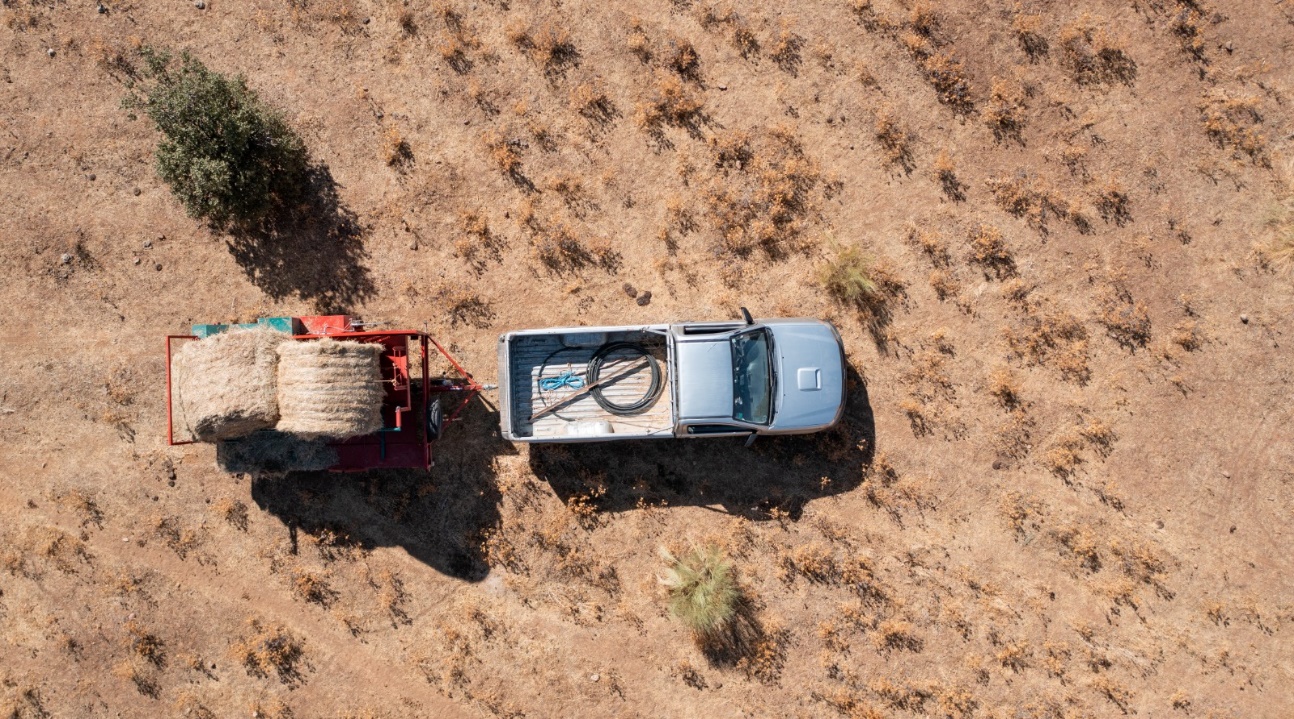 The first solution is based on a traditional technique used in the fields, which is the replanting of plants of interest through the translocation of bales: we look for high quality natural pastures that have been mowed and baled at the time when their seed content was very high and we use them for animal feed, thus achieving the sowing of these species without entailing a significant extra cost in the management of the farm. In the project, we are studying how this “donor grass” (the one we harvest) should be managed and how these bales should be distributed in the “recipient” pastures (where they are sown) in order to maximise their benefits. “We are evaluating their cost efficiency compared to other pasture improvement strategies, thanks to these seed mixtures and a corresponding agricultural and livestock management,” says Laura García, FGN technician and coordinator of Fleurs Locales in Spain. In this respect, CICYTEX, which is participating in the project, has indicated that positive results are already being seen.

The second solution is the obtaining of seeds through the process of cleaning organic grain, that is, by separating the grain from the chaff and from other seeds it is possible to obtain a stock of native seeds suitable for environmental restoration. “This is obtained from rejected material, which has no cost and is normally used for animal feed. When we discovered this, we had these seeds analysed and, although they can be very irregular from year to year and the number of species collected is extremely limited, they are a great resource in terms of native seeds and the upside can be enormous. A possible solution could be to mix them with other seeds for use in a garden, in a vineyard or to stabilise soil against erosion,” concludes Jordi Domingo.