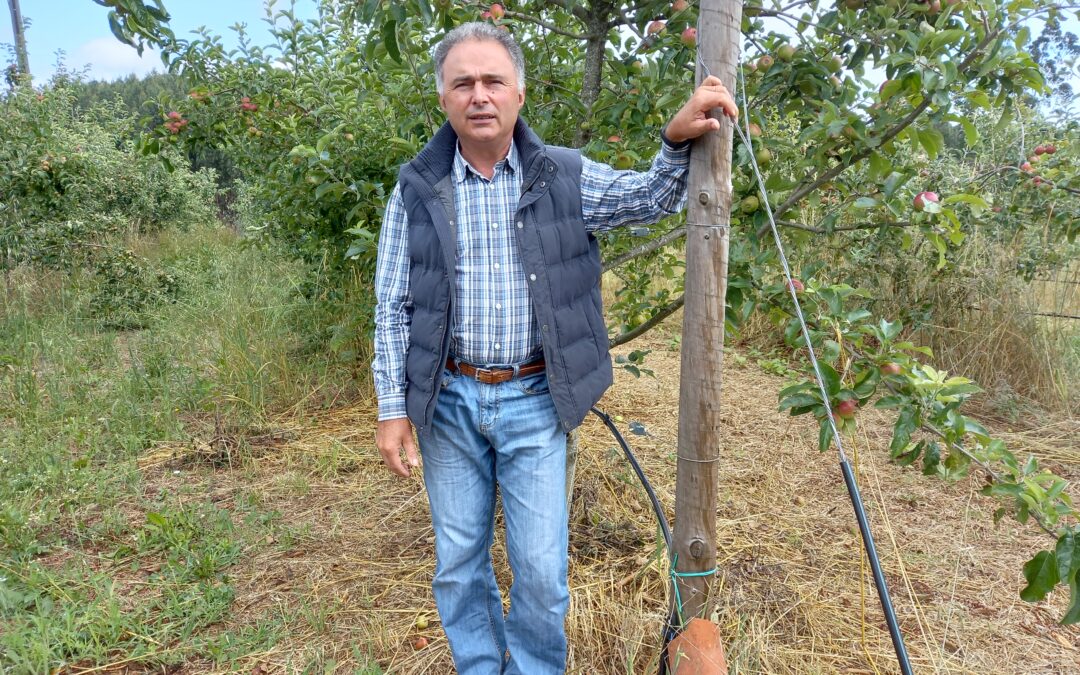 Jorge Ferreira, organic farming consultant from the Agro-Sanus company, which provides technical assistance in organic farming in Portugal, talks about the importance of using native seeds. He also discusses narrowly focused initiatives in this area and talks about his interest in participating in the Fleurs Locales project.

What is the importance of promoting the use of native seeds?

There are four main advantages: the first is good soil conservation and the reduction of erosion; second, there is a greater permeation of rainwater; the third is that less water is wasted and, lastly, there are greater populations of beneficial species, particularly insect predators and parasitoids of crop pests, as well as pollinators.

What is the future for native seeds?

Native seeds should be used in agriculture to a greater extent and ought not be referred to as ‘weeds’.

Their value in improving the soil and biodiversity in general, including natural pest limitation, should be increasingly understood, and applied.

In addition to use as cover crops amid woody perennial crops, native grasses are also important in biodiverse permanent pastures.

Why do you work with native seeds?

I do not sow native seeds, but I do maintain spontaneous cover crops in my organic orchards (apple and plum), so that the plants are sustained either by seeds (annuals) or by sprouts (perennials). I would like to learn more about the Fleurs Locales project and to participate in it as much as possible.

I annually conduct an additional sowing of lupin (Lupinus albus) to increase biological nitrogen fixation, because the use of chemical nitrogen fertiliser is not allowed in organic agriculture (OA) and ecological farming and also because use of natural fertilizers is one of the 3 priority fertilisation practices of OA. Commercial fertilisers, even organic ones, should only be used as a supplement.

As for the ground cover plants in my orchards, I do not know how many species are present. But in the vineyard where I worked as a consultant for 10 years (the largest one in Portugal with 450 ha., located in Herdade do Esporão, Alentejo, and since 2017 devoted entirely to Organic Farming), according to a floristic study conducted there, in the vineyards there are 100 plant species, both native/spontaneous and sown species.